Read the article to find out in what situations Chile now allows abortions to be performed.
現在チリではどのような状況であれば妊娠中絶を行うことが許されているのか、記事を読んでみましょう。 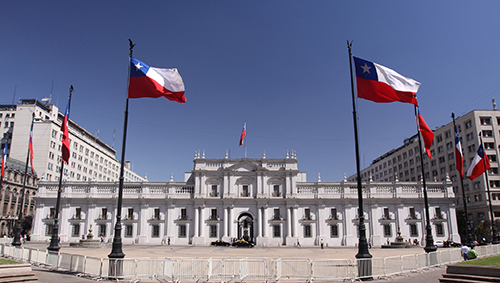 In August, 2017, Chile ended its 28-year complete ban on abortion, which has prevented women from having abortions under any circumstances. In 2015, Michelle Bachelet, who made history in 2006 by becoming Chile’s first female president, introduced the new law. The new policy allows the procedure in specific situations. Conservatives and campaigners opposed to abortion challenged the law for two years, until Chile’s Supreme Court ultimately allowed the law.

Before the new law, the Chilean government banned abortion completely – even when the mother’s life was in danger. Now, abortion is allowed in three cases: if the woman was raped, if the fetus has serious health problems that mean it cannot survive, or if the woman might die without an abortion. However, doctors can refuse to perform the procedure if they are personally against it.

Chile’s strict laws were relatively new. Three decades ago, Chile allowed abortion in a wider range of situations. Then in 1989, under the military leader Augusto Pinochet, Chile began to roll back abortion rights. From then on, Chile strictly banned abortion for any reason.

Researchers found that about 70% of Chileans supported changing the law. Despite the support, it took two years for the law to pass. Anti-abortion groups strongly opposed the change. They argued that abortion is illegal under Chilean law. Chilean law says the government must “protect the life of the unborn”. Chile’s government passed the law earlier in August, but opposition groups insisted that Chile’s Court review it. In the end, the Court decided 6-4 that the new law was acceptable.

While anti-abortion groups in Chile were upset with the decision, others celebrated. President Bachelet called the decision a victory for women and for all of Chile. Maria Stella Toro, who works for a Chilean health organization, said that the change is “not a complete victory”, since the new law only allows the procedure in three limited situations. However, she said she hoped that Bachelet’s law was the first step in improving women’s health care.

Others are interested in how Chile’s new law will affect the rest of Latin America. 12 other countries in the area, including Brazil, have total or near-total bans on abortion. Two countries, El Salvador and Nicaragua, ban the procedure even if the woman will die. In these countries, some women have gone to prison for having abortions. Many people hope that the change in Chile will encourage other Latin American countries to review their own laws and change them.

In August, 2017, Chile changed its abortion laws. Before, abortion was completely against the law. Michelle Bachelet, Chile’s first female president, introduced the new law in 2015. Groups against abortion fought the law for two years, but finally Chile’s Supreme Court said the law was OK. Now women can get abortions in a few situations.

Bachelet’s new law says that women can get abortions in three cases: if the woman was raped, if the baby is very sick and will die, or if the woman might die. However, doctors can choose not to do an abortion if they personally think it’s wrong.

Researchers found that about 70% of Chileans liked Bachelet’s new law. However, it took two years for the law to pass. Groups against abortion fought the law. They said that the abortion is not OK under Chilean law. Under Chilean law, the government must protect unborn babies. In fact, Chile’s government passed the law earlier in August, but some people wanted Chile’s Supreme Court to check it first. In the end, the Supreme Court said that the new law should pass.

Although groups against abortion in Chile did not like the decision, many other people were happy. President Bachelet said the decision was good for women and for all of Chile. Maria Stella Toro, who works for a Chilean health organization, said that the new law is not perfect. However, Toro hopes that more laws will come after Bachelet’s law to help women.

例：People opposed to the government’s plan to raise taxes met in front of the Capitol Building.
（政府の増税案に反対する人々が国会議事堂前に集まった。）

例：I can’t believe I graduated over a decade ago.
（10年以上も前に卒業したなんて信じられない。）

例：We’re going to have to roll back prices to regain customers.
（我々は、客を呼び戻すために価格を元に戻さなくてはならない。）

例：He was upset when he heard his parents fighting.
（両親がけんかをしているのを聞いて、彼は動揺した。）