Female lions in Botswana look and act like males

A group of female lions in Africa have developed male characteristics. Find out why experts believe this could be helpful to their prides. 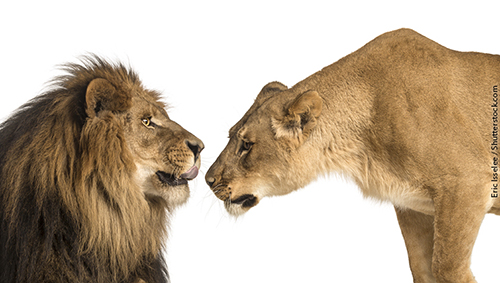 Higher levelLower level
Animal experts have discovered female lions that look and act like males in Africa. According to the new BBC program “World’s Sneakiest Animals”, these female lions live in the Okavango Delta of Botswana. The female lions have grown long manes and have a deep roar like male lions.

Usually, female lions have no manes. They are smaller and roar in a higher and quieter voice than males do. But the experts explained that these female lions can appear male due to a condition known as genetic mutation. This is a change in the animal’s DNA passed down from its parents. It causes an increase in male hormones such as testosterone in the female lions. This has caused them to develop male features.

The BBC program features Mmamoriri, a female lion with a full, dark mane from the Mombo area of the Okavango Delta. Usually, only males with high levels of testosterone have such dark manes. Experts think that because of her genetic condition, Mmamoriri is unable to reproduce.

BBC presenter Chris Packham says the Mombo female lions’ unusual behavior helps to increase their chances of survival. Lions live in a group called a “pride”. They are extremely protective of their area and will fight other lions to protect it. Rival male lions often attempt to take over another pride if they think they are stronger than that pride. However, when the rival males see or hear the female lions with male features, they believe the pride has more male lions and is much stronger than it actually is. This helps the female lions to scare off rival males and protect their area.

Mmamoriri’s pride, known as the “Western pride”, is a small group with less than ten lions. The group has just one male lion, so Mmamoriri’s male appearance may be helping to keep the lions safe.

Experts estimate that there are now five female lions in the Mombo area with male features. The BBC program is the first time they have ever been filmed.

There are female lions in Africa that look and act like male lions. These lions are in the new BBC program “World’s Sneakiest Animals”. They live in Botswana in the Mombo area. They have long hair around their heads. They can make the same sounds as male lions.

Usually, female lions do not grow long hair around their heads. They are smaller, and their voices are quieter than male lions’ voices. But these female lions in Botswana are different. They can look and act like male lions. That’s because their DNA is a little bit different from normal female lions.

Mmamoriri is a female lion in the BBC program. She is bigger than a normal female lion. The hair around her head is very long and dark. Mmamoriri acts like a male lion. She is also not able to have babies.

BBC presenter Chris Packham says the female lions act like males to keep their families safe. Lions live in family groups. They fight with lions from other groups to keep their area safe.

Mmamoriri is part of a small group with less than ten lions. The group has just one male lion. So Mmamoriri may be helping to keep her group safe.

There are now five female lions in the Mombo area that look and act like male lions. This BBC program is the first time they have ever been filmed.

例：I’m going to take over the project when Jane leaves the company.
（Jane が会社を辞めたら、そのプロジェクトは私が引き継ぐ予定だ。） 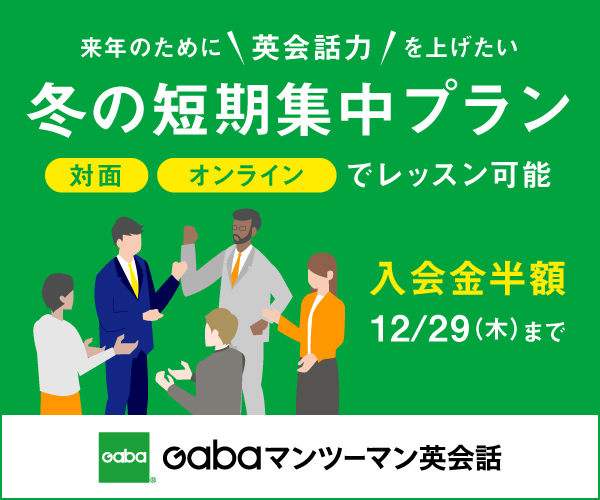